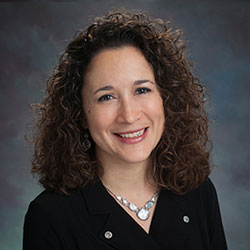 Emilia Pearson is the Director of Operations for Crown Holdings Group and its affiliated companies. She has worked with Crown and its principals for over 12 years, and oversees all of Crown’s operations, transaction-related work, due diligence, and asset review processes. Ms. Pearson is also involved in the human resources and legal affairs of the businesses. In a career spanning over 17 years of professional experience in legal, finance, and transactional roles, she has been a direct participant in over $750 million of real estate transactions.

Ms. Pearson began her career as a Legal Assistant at a law firm, where she learned all critical aspects of the asset review, due diligence, and closing processes. She later joined Franchise Mortgage Acceptance Company (FMAC), where she focused on due diligence, legal documentation, and mortgage and finance transactions. She then joined Peachtree Franchise Finance in Atlanta, where she was ultimately promoted to Senior Transactional Closer.

Ms. Pearson then joined StreetSide Developers, a large retail real estate development and management firm, where she managed legal and contract administration, due diligence and closings. While at StreetSide, she was also actively involved in the accounting, human resources and internet technology functions of the company, and a member of the operating management team.

Ms. Pearson earned a B.S. in Biology in 1991 from Georgia State University. She later obtained her Paralegal Certificate from The National Center for Paralegal Training in Atlanta, and is an active member of the International Council of Shopping Centers.