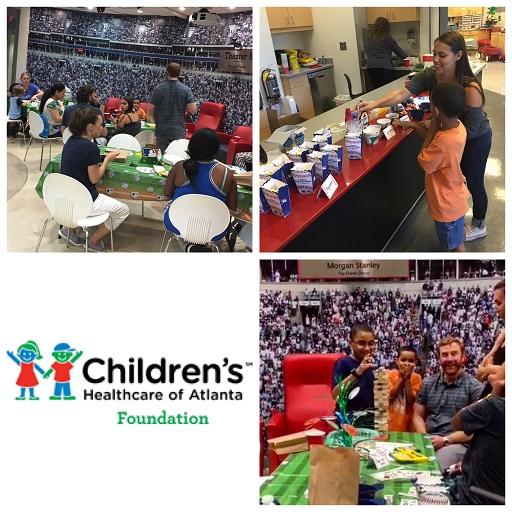 August 24, 2016- Crown Holdings Group partnered with Children’s Healthcare of Atlanta to throw a Fun Factory party for patients and families at the Scottish Rite Hospital in Dunwoody, GA. The theme was the Atlanta Braves and the party had all kinds of activities to do and food to eat to make patients feel like they spent the day at the ballpark! Crown Holdings Group brought hot dogs, chicken nuggets, popcorn, and even ice cream served in take home Braves baseball caps! The patients and Crown employees played games such as Jenga, hula hooped, and made puppets that looked like the Braves mascot, Homer! There were more than 25 kids that came through to eat and play. It was a very special day all around.

Crown’s partnership with CHOA ensures that children have access to a world-class pediatric healthcare system and are equipped to provide the highest level of care for generations to come.