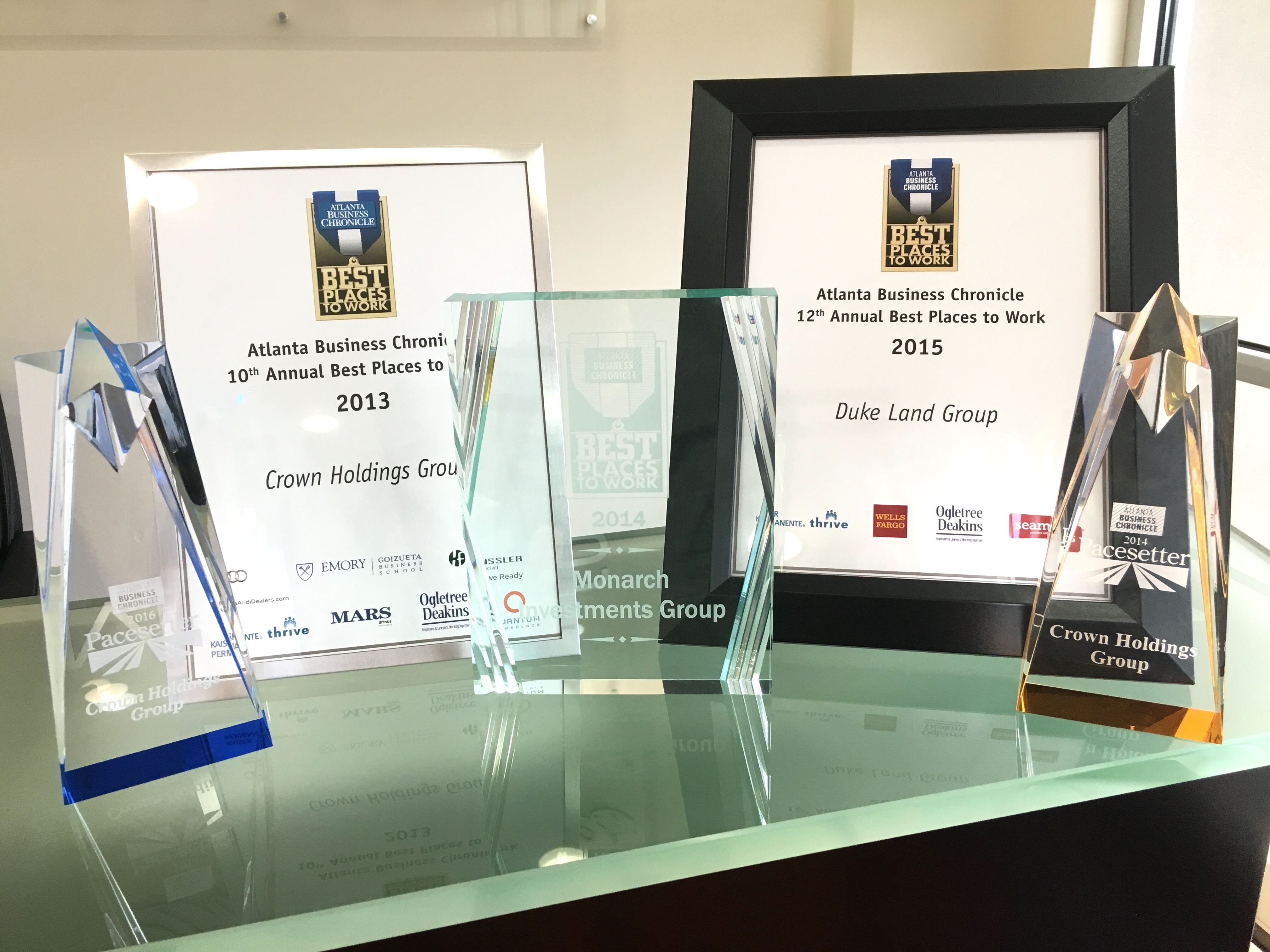 Below is a list of the awards that Crown and its affiliates have won:

For more information about these events or any other award events held by Atlanta Business Chronicle, please visit http://www.bizjournals.com/atlanta